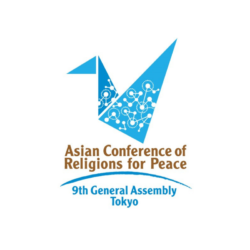 The ACRP Tokyo Assembly was held online from October 17 to 22, 2021. About 500 people from all over the world participated.During the assembly, the Governance Assembly approved the new leadership of ACRP!Please refer to each page for details.ACRPAsia & the Pacific Interfaith Youth NetworkAsia-Pacific Women of Faith Network 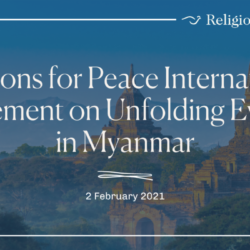 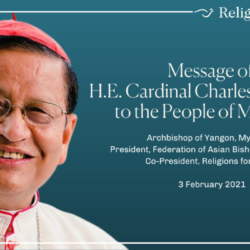 My dear Friends, I write these lines as a spiritual leader, empathizing with the sentiments of millions of people at this moment. I write to my dear people, the civilian leaders, the Tatmadaw (Myanmar army), and the international community. I have watched with sadness the moments of darkness in our history and watched with hope the resilience of our people in their struggle for dignity. We are journeying through the most challenging times of our history.  I write with love towards all, seeking a durable solution, praying for an end forever to the periodic darkness that envelops our dear nation. 1.   To My Dearest People of Myanmar I share deep fellowship with all of you Read more about Message of Cardinal Charles Maung Bo to the People of Myanmar[…] 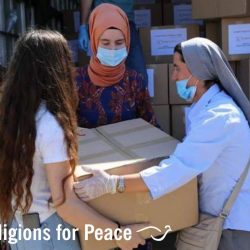 On April, Religions for Peace (RfP) launched the Multi-religious Humanitarian Fund (MRHF)  in response to the COVID-19 pandemic.This project is currently financing 20 projects in 20 countries. From ACRP National Chapters, RfP Myanmar and Philippines were nominated as MRHF project.RfP International, through this Fund, will provide a small seed grant to those Inter-religious Councils (IRC) and multi-religious networks who are able to propose programs aimed at enhancing awareness about precautionary measures, supporting vulnerable households, combating discrimination in speech as well as actions, and serving the needs of the most vulnerable individuals and communities. The inter-religious platforms who will be awarded this will have a track record of collaboration, and/or humanitarian relief provision.(https://rfp.org/rfp-launches-the-multi-religious-humanitarian-fund-in-response-to-covid-19/)Here is Read more about A Narrative Report of RfP Multi-Religious Humanitarian Support Fund- COVID-19 Response[…] 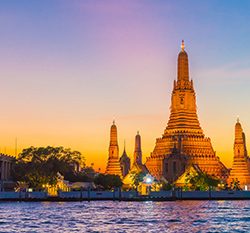 RfP Myanmar shared us the statement addressed to Civilians,  Ethnic,  Armed groups, Political Parties and Religious leaders today.Once again, now is the time for all religious leaders to be united and pray for the world peace.
On behalf of Religions for Peace Myanmar, Cardinal Charles Maung Bo (Archbishop of Yangon, President Federation of Asian Bishops Conference ,Patron for RfP Myanmar and Co-President of RfP International) shared us his heartfelt message for all victims of jade mine tragedy.
Statement by Cardinal Charles Maung BoIn Response to the Call of Pope Francis for A Global Ceasefire because of the Global Pandemic of Coronavirus         (The President of the Federation of Asian Bishops’ Conferences (FABC) joins the call of United Nations Secretary General, António Guterres, and the Holy Father Pope Francis, for a global ceasefire in face of the unprecedented and growing threat of the corona virus pandemic.  While addressing the situation in his own country, Myanmar, Cardinal Bo calls for an end to hostilities worldwide. Without cessation of fighting everywhere, he says, the suffering of many will be prolonged the world over and healing delayed indefinitely.) The whole planet is in crisis. Every initiative Read more about  Statement by Cardinal Charles Maung Bo[…]