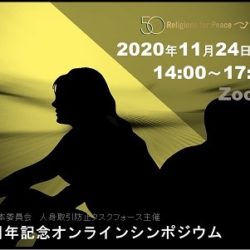 Religions for Peace Japan will conduct an online symposium on the “Current Situation of Human Trafficking” on 24th November 2020, 14:00~17:00 (JST)They have launched the Taskforce Team to prevent and work on the issue from the perspectives of multi-faith communities since April 2020. RfP Japan takes this opportunity to learn from the experts on this crucial issue, raise public awareness, and consider concrete actions to combat human trafficking.Please access the following link to register for the symposium.Dates:24th November 2020, 14:00~17:00 (JST)Organizer: Religions for Peace Japan, Taskforce on Prevention of Human TraffickingVenue: ZOOM, Online SymposiumTheme: “Current Situation of Human Trafficking”Language: Japanese/ English (*simultaneous interpretation is available)Registrationhttps://us02web.zoom.us/meeting/register/tZAkd-2prjwvG9y5S4InnMvSOd4rwrD0Tcn8For more information, please access to RfP Read more about Symposium on Human Trafficking (2020.11.24)[…]

As the host chapter of the next Assembly in Tokyo, Japan, RfP Japan has unveiled the logo for the 9th General Assembly at the ACRP Executive Committee meeting, held on October 14, 2020. The logo features a folded paper cranes, which is one of the traditional Japanese cultures, to express a prayer for peace and hospitality. The design of the wings of the folded crane reflects the meaning of network, connection, and bond, as well as “TOKYO 2021”.The arc at the bottom represents the horizon and the earth and was created as a symbol of the 9th General Assembly, where religious leaders and people from all over Asia-Pacific will strengthen their Read more about RfP Japan unveils logo for 9th General Assembly[…] 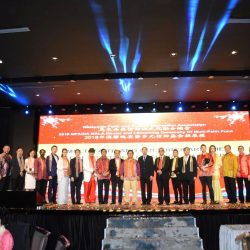 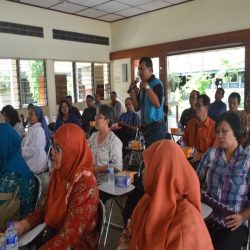 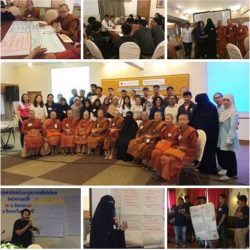 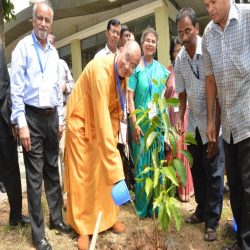