Religions for Peace Nepal presents to the ACRP Executive Committee its National Chapter Report between [September, 2018] and [March, 2019]. Also a glance on the past activities on the same joint project [2015-2019].

Overview of the activities carried out by Nepal chapter

List of Activities by RFP Nepal together with ACRP and RFP International [2018-2019]:

Child marriage Prevention is an important issue, RFP Nepal together with RFP International and ACRP thought of giving further continuity on it. We decided to do a street drama in Saptari.

We contacted a production company who had an ample experience in conducting such street dramas and also visualizing films. We asked them for a script which was later approved by a program officer in UNICEF, Ms. Sanju Bhattarai. She was kind enough to listen to our script and give us her valuable suggestions.

Finally on December 30th of 2018, the street drama was performed in Bhediya, Saptari. It was viewed by around 150 locals. We had also conducted a survey on how they liked the drama, what it was about etc. According to the survey conducted, most of the viewers knew what the drama was about and most of them said the correct age to marry is around 25.

We have also visualized the street drama. We have a longer and shorter versions of it. The longer version is about 16 minutes and the shorter version is about 7mins long. In order for the drama to be effective for the viewers to grasp the concept, the length should be longer but for the general viewing people may not have the patience to sit through entire 15 mins long so we thought of having two versions.

We also have a Hindu priest and an Islamic priest to put their views at the end of the video. They have backed up the fact that child marriage should end and shouldn’t be encouraged.

Nepal has the third highest rate of child marriage in Asia, we are trying to make a difference to change this scenario. We have started with our small steps and we are hopeful to make a big difference.

Project Name: Rooms constructed and full set of clothing including track suit, shoes and socks donated to the orphans in Kirtipur for ‘Helpless Children’s Home’

Date: Clothes were donated on 17th February 2019. The construction of the rooms were completed on 28th February.

Helpless Children’s Home, Kirtipur, Chaubhar has about 40 children. Most of the children here are orphans, some disabled and come from very poor background.

Vikhunu  Dr. Anoja Guruma runs a Buddhist monastery called Sulakshan Kirti Bihar. She is one of the advisors in RFP Nepal. She co-founded ‘Helpless Children Home’. She and Mr. N.M Limbu are the care takers of the orphanage. It was established in 1997.

Recently the number of children in the orphanage increased and they needed more rooms to accommodate them. They have a two story building and on the terrace they have space to build couple of rooms with tin roofs.

RFP Nepal together with ACRP and RFP International has built them the space that they have required. They are very grateful. 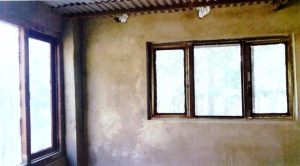 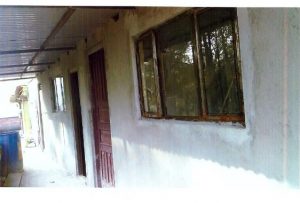 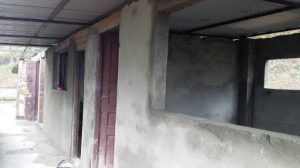 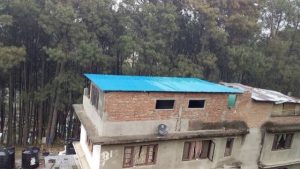 We have also donated full set of clothing for each children in the orphanage. The set included track suit with jacket and trousers, a pair of shoes and socks.

Ariyana Limbu, is one of the orphan in this home, she was really happy to receive new set of clothes and so was the rest of the children.

Children are the future, if they don’t have good present then they might end up being menace to the society. It is our duty to help children especially orphans. We are hopeful that whatever little we have done will help shape their future. 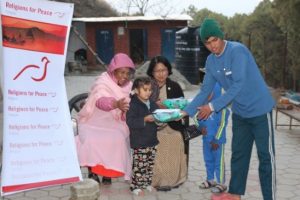 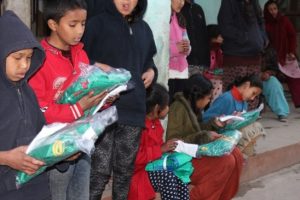 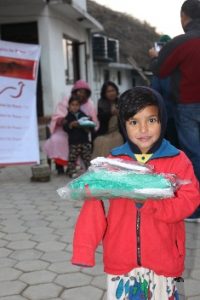 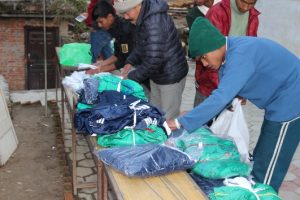 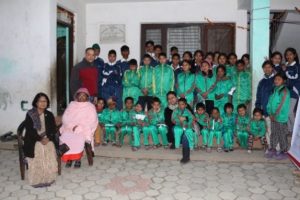 Project Name: Sewing Machines distributed to women in Saptari to be independent and self-sustainable

We found out that in Saptari there were few women who were in desperate need of help to find job for their livelihood. They had taken training in sewing skills but unable to start business without proper sewing machines. We donated about 15 sewing machines to them. They are very grateful now that they can start their own tailoring business and be independent.

RfP Nepal together with RfP International and ACRP donated some blankets to Nisaya Sewa Kedra, Senior Citizen Home, Shantinagar, Kathmandu. This senior citizen home had majority of women living there. It is sad that parents can take of their children but unfortunately in old age some unfortunate parents are left unattended. Winters are harsh in Kathmandu so we decided to donate some blankets to them. We donated about 40 blankets to the senior citizens.


We also donated blankets to Om Gyan Chautari Handicapped Day Care Cetre, Nayabasti-6, Jorpati, Gokarneswor. This day care center had about 20 children living there. Some of the children were handicapped and some were autistic. They were in need of any help they could get, so we helped them with few blankets to keep them warm in the winter.

Talk program on ‘Role of Interfaith in World Peace’ was held on 5th January 2019, at Pragya Pratisthan, Kamaladi,Kathmandu. The Chief Guest was Dr. Triratna Manandhar: Former VC of Buddhist University, Nepal. Speakers were from Bahai- Narendra Pandey, from Jain- Jyoti Kumar Begami, from Christian- Bill Robins , from Hindu – Chintamani Yogi, from Islam- Maolana Abdul Kalam, from Brahma Kumari Rajyog Center- Brahma kumara Rajyogini Tapaswini Rajdidi jyu.They all presented their views on ‘Role of Interfaith in World Peace’. Mrs. Indira Manandhar on her welcome speech also urged each of the organization to nominate some potential members to be part of RFP Nepal. This was also an attempt to expand RfP Nepal.

We organized a meeting on 14th November 2018. We had invited about 15 young people and organized an introduction program. We introduced them to RFP Nepal, we talked about our affiliations, objectives, activities and also our future endeavors. They also got chance to introduce them to us. Seven of them have shown interest and has been listed as the new members of RFP Nepal. Most of them are Hindu and only one Buddhist.