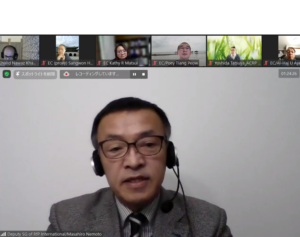 He stated that the mission of religious people is to live by the wishes of God and Buddha and to realize those wishes in this world. The wishes of God and Buddha are that every person, without exception, as a child of God and Buddha, should live an equal dignity of life as a human being. He further emphasized that a society, nation, region, and world in which the equal dignity of all lives is realized is the raison d’etre of religious people, religious organizations, and multi-religious movement. He concluded by expressing his encouragement for us to continue to be a leader in bringing light to the world and building security and peace in the world.

The two-day session began with religious prayer services, followed by a discussion mainly on the sessions of governance, management, and projects.

The Governance Session included a confirmation of the appointment of office bearers after the Tokyo Assembly and a review of newly established bodies of ACRP and working commissions.

Furthermore, Mr. Deogchang Yang of Korean Conference of Religions for Peace who had served as the chair of ACRP Finance Committee for many years has retired from the position after the Tokyo Assembly. Mr. Taehyun Kim was appointed as his successor and was unanimously approved at the meeting.

During the management session, the improvement of the ACRP website and effective communication between national chapters and the secretariat were highlighted.

During the 1st and 2nd days of program sessions, the officers approved the ACRP’s “Action Plan” for the next five years, which was formulated at Tokyo Assembly last year. It is expected that the national chapters will work together under the action plan.

Reports on the Flagship Projects by each national chapter were presented in the latter half of the meeting. Each country presented various wisdom and innovations, such as online forums and youth activities.
(Presentation materials will be posted on the website as they become available.)

What is ACRP’s strength? That is being a “family”. At the last Tokyo Assembly, all of us were filled with joy and honor to be part of a “family”. The world’s religions originated in Asia and spread like a rainbow to the world. Living in “Asia” where religions originated, we have a common belief that “no one is left behind”. It was impressive to see all the leaders earnestly discussing with a heart of peace, beyond religious and cultural differences.

We want many people to look forward to our future activities. Moreover, it is our hope that there will be an increasing number of people who will walk together with us toward the realization of world peace. 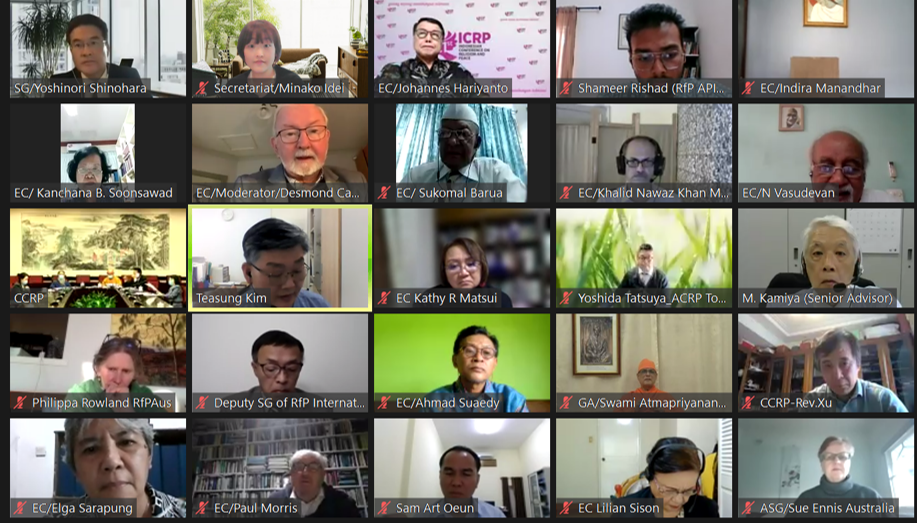