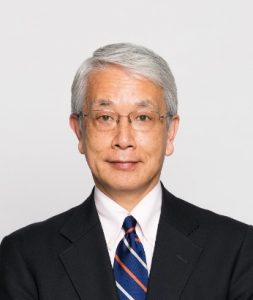 Rev. Kamiya served as the Special Research Fellow of the Hiroshima Peace Institute, Hiroshima City University between October 1998 and March 2002. His major focus at the Institute was on policy recommendations for nuclear disarmament.

As an academic consultant, Rev. Kamiya joined the delegation of Japanese Government to the United Nations Conference on Small Arms and Light Weapons, which was convened at the UN headquarters in New York in July 2001.

Rev. Kamiya also acted as the representative of Rissho Kosei-kai to the United Nations between 2010 and 2016, during which he participated in major UN conferences and meetings, covering a wide range of issues, in particular nuclear disarmament.

He is a co-author of the book in English titled, Nuclear Disarmament in the Twenty-first Century, published by Lightening UK Ltd. in 2004. Rev. Kamiya is also a contributor to the dictionary in Japanese titled, Gunshuku Jiten (Disarmament Dictionary), edited by Japan Association of Disarmament Studies and published by Shinzan-sha Publishing Company in 2015. He also contributed essays for policy recommendations on the op-ed page of major Japanese Newspapers such as Asahi Shimbun, Yomiuri Shimbun and Mainichi Shimbun.