Indonesia Conference on Religion and Peace 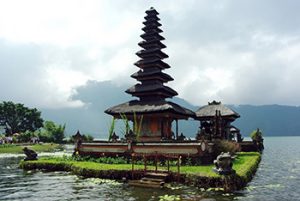 INTERFIDEI was born in 1991 in Yogyakarta. Then became acquainted and met with the World Conference of Religions for Peace (WCRP) since 1993 through Mrs. Gedong Bagoes Oka (Indonesia Hindu-Gandhian Woman), who had been active since the beginning and was present at the ACRP inauguration in Tokyo, 1976.

In 1994, Interfidei was invited to attend the 6th General Assembly of the WCRP at Riva del Garda, November 3-9, where Gus Dur became one of the WCRP Presidents, replacing Mrs. Gedong who was then one of the Honorary Presidents. Since then, Interfidei began to get acquainted with several envoys from ACRP.

In 2002, the 6th General Assembly, June 24-28 was held in Yogyakarta. Interfidei was entrusted with being the coordinator of the local committee. Since then, Interfidei has been actively involved in ACRP.

Then Rev. Elga Sarapung and Prof. Muhammad Machasin in the next General Assembly became part of the Executive Committee Member / Governing Board Member ACRP until now (2021).