China Committee on Religion and Peace 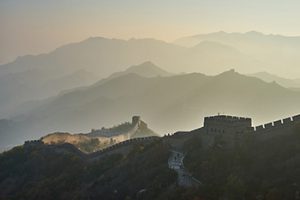 China Committee on Religion and Peace

<President>
Ven. Pagbalha Geleg Namgyae
(Vice Chairman of the 10th, 11th, 12th, and 13th National Committees of
the Chinese People’s Political Consultative Conference as well as Honorary President of
the 7th, 8th and 9th sessions of the Buddhist Association of China)

ABOUT China Committee on Religion and Peace

Established in July, 1994, China Committee on Religion and Peace(CCRP) is an independent non-profit national social organization, consisting of representatives mainly from five major religions in China (namely Buddhism, Taoism, Islam, Catholicism and Protestantism). The fifth session of CCRP was set up in July 2019.

CCRP is actively engaged in activities organized by the RfP and ACRP, and has conducted intensive exchanges and cooperation with their members.
CCRP set up a mechanism of regular bilateral visit with the Korean Conference of Religions and Peace (KCRP) and the Religions for Peace/Japan. It has paid visits to the RfP and ACRP members in Asia, Europe, North America, South America, Oceania, and hosted visits from its counterparts.
These activities have greatly promoted mutual understanding and friendship and expanded common ground between religious circles in China and abroad, and played active role in promoting world peace and common development.